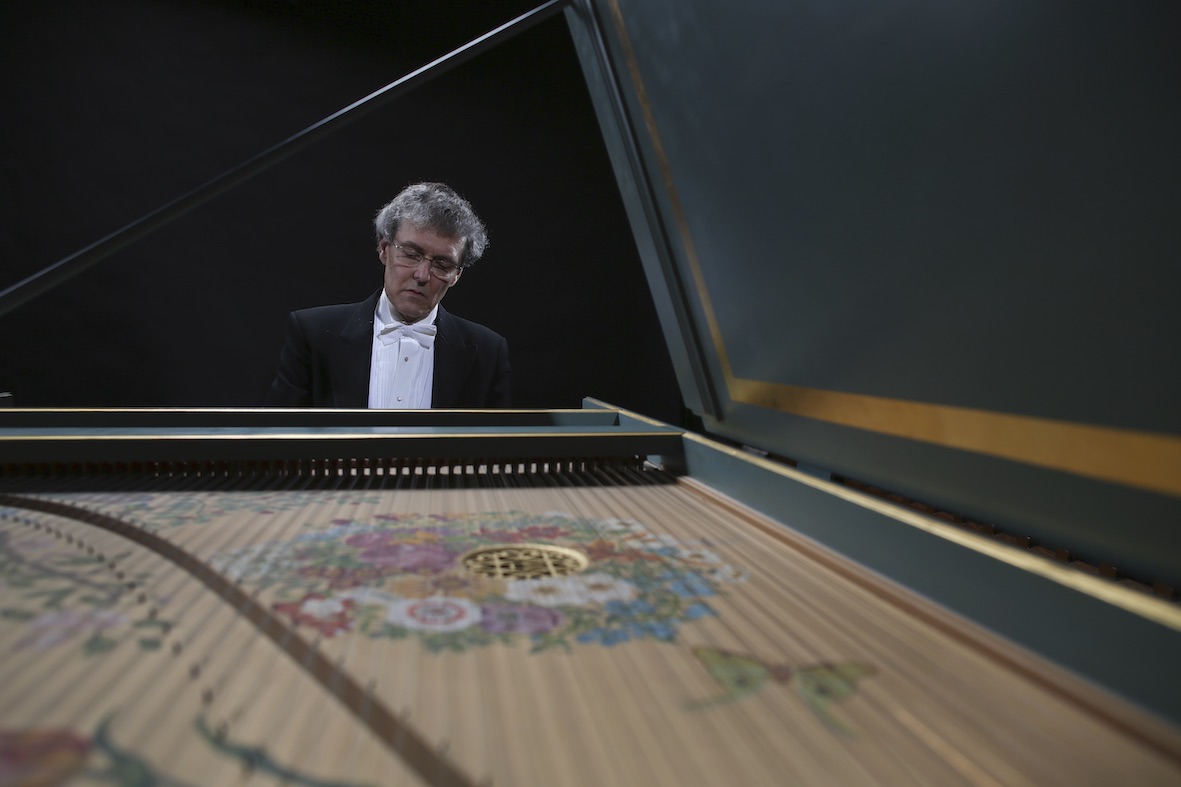 In public masterclasses as a listener (auditor)

I studied with Gustav Leonhardt at the Conservatory in Amsterdam in 1967-68. He was an enormously influential teacher for me, as he was for so many others. His harpsichord teaching was, in a sense, more like coaching, in that developing technical facility was left mostly to the student. His interest was rather in how to interpret music in various Baroque styles and in how to coax sounds and expression out of the harpsichord. He had me bring in different music every week, so that we covered an enormous amount of repertoire. I was particularly struck by how intently he listened in lessons and how interested he seemed in the interpretations that a mere student would bring, something that I heard other students remark on, as well. His comments were always respectful and detailed, and they were often revelatory. He was reserved but always kind, intellectually brilliant, and deeply committed to the music. His teaching and musical influence on students went beyond the weekly lessons. He would occasionally give memorable master classes, one of which during my time in Amsterdam was on The Well Tempered Clavier. His concerts -- both solo and ensemble -- taught us a great deal, particularly since at that time (1967-68) there were not so many concerts or recordings of Baroque music on such a high musical level. His Quadro Amsterdam was then still using modern instruments -- Frans Brüggen on modern flute; Anner Bylsma, then principal cello in the Concertgebouw, on modern cello; and Jaap Schroder, who was still first violin of the Netherlands String Quartet, on modern violin -- but their performances were beautiful, stylish and revelatory for his students. I might mention one more way that his indirect teaching was enormously influential on me as a student. He had me turn pages for some of his recording sessions of the Bach concertos. Being in the middle of that small ensemble of period instruments (one-on-a-part strings) was in part the inspiration several years later for my starting the first American period-instrument orchestra, Boston Baroque. Shortly before Gustav Leonhardt's death, I sent him a copy of my critical edition of the complete keyboard works of Armand-Louis Couperin, which I had dedicated to him as a great harpsichordist, teacher and early music pioneer. We had a wonderful correspondence about it, and the edition is now online for free download at IMSLP.

Martin Pearlman studied harpsichord with Gustav Leonhardt in Amsterdam and Ralph Kirkpatrick at Yale. In 1973, he founded Boston Baroque (originally called Banchetto Musicale), the first American period-instrument orchestra, and he has been its music director since its founding. He regularly conducts the ensemble in operas and concerts, and has made many recordings with it for Telarc International and Linn Records, which have received six Grammy nominations. He is the only conductor from the early music field to have performed live on the internationally televised Grammy Awards show. His editions include a critical edition of the complete keyboard works of Armand-Louis Couperin (dedicated to Gustav Leonhardt and published on the website IMSLP), as well as new performing editions of Monteverdi's operas Il ritorno d'Ulisse and L'Incoronazione di Poppea. He has also served as professor in the Historical Performance Department at the Boston University School of Music. He holds an M.M. in composition from Yale University. Recent compositions include a string quartet, piano works, a comic chamber opera Tristram Shandy, a three-act work on Finnegans Wake, and music for Samuel Beckett plays.