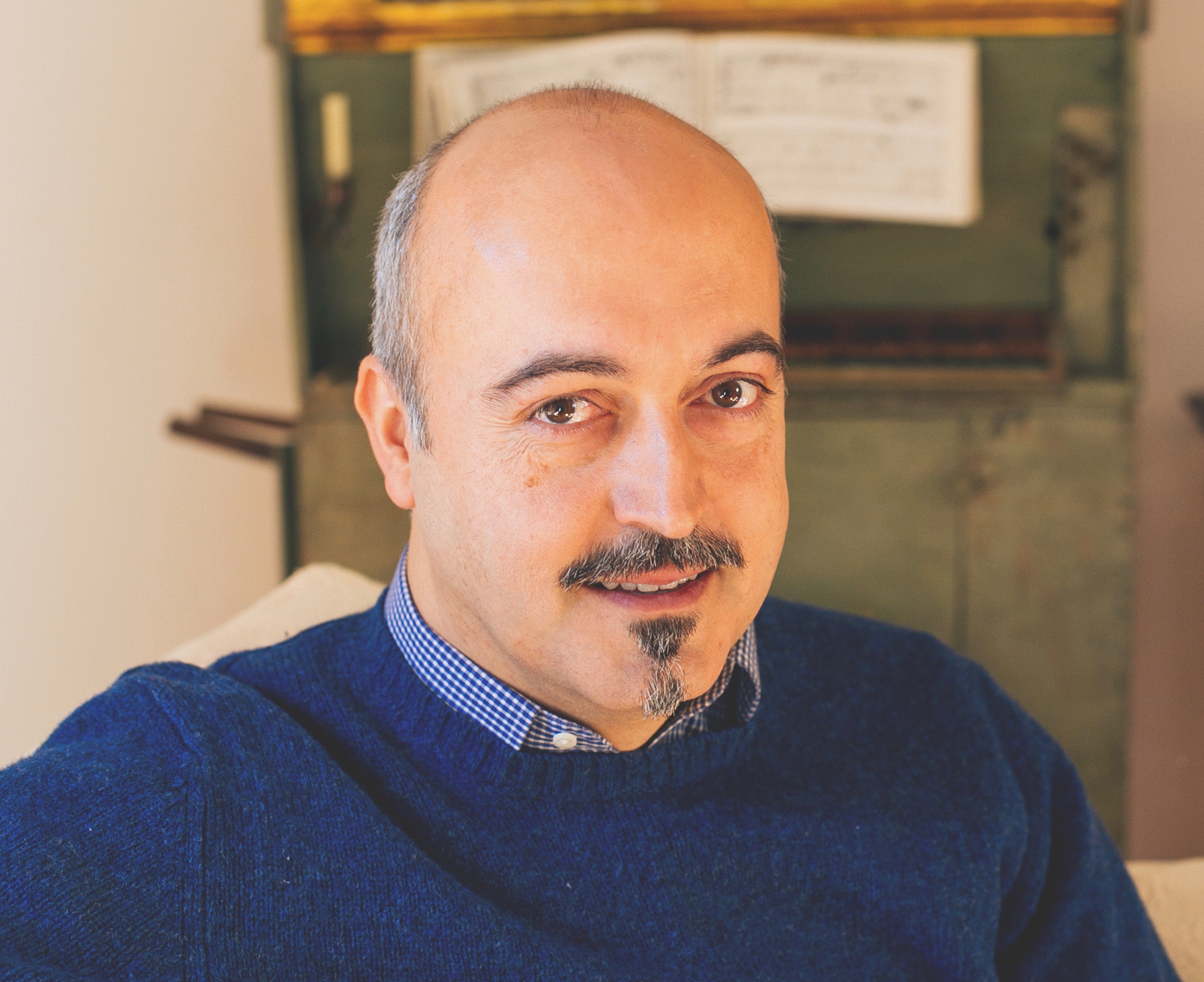 FIRST CONTACT WITH LEONHARDT IN ITALY My first contact with Gustav Leonhardt was in Bologna, my native city, when in June 1982 (I was fifteen and was studying organ) he came to give the dedication concert of the two Renaissance organs in the Basilica of San Petronio, together with Luigi Ferdinando Tagliavini. I climbed into the organ loft while he was practicing; he didn’t notice me, and I recall being struck by his elegant figure, thin, and slightly inclined over the keyboard. I tape-recorded that concert, and listened to it dozens of times; it was for me an immense lesson about the music of Frescobaldi, Cavazzoni, Gabrieli, Trabaci, Merula – and also Byrd and the composers of The Mulliner Book that Leonhardt performed – those magnificent sounds, the meantone temperament, Tagliavini’s manner of playing, Italian and full of brilliant energy, and the austere and finely detailed Dutch style of Leonhardt. Both would be my teachers in the future. § I again heard Leonhardt play in the summer of 1983, in Pistoia in a concert he gave during the courses of the Accademia di Musica Italiana per Organo (in those years I attended master classes of Tagliavini, Vogel, Radulescu and Torrent). He played on a harpsichord copied after the large Giusti in Tagliavini’s collection, and I was most fascinated by Froberger’s Lamento. I was struck by the skill and artistry with which he made the harpsichord “speak” and made the music come alive and be rendered perceptible to the auditors. Other concerts followed, as well listening to his recordings, and after my organ and harpsichord studies I wrote to him asking to study harpsichord with him. § Following a successful audition, Leonhardt agreed to take me among his students, and the following year, the academic year 1990/91, I moved to Amsterdam and enrolled in the Sweelinck Conservatory, taking weekly lessons at his house on the Herengracht.

Francesco Cera, harpsichordist, organist, and conductor, is considered to be among the best Italian interpreters of early music, in particular for the Italian keyboard repertory of the 16th through 18th centuries, and as a conductor of vocal music. Between 1989 and 1991 he completed his keyboard studies with Luigi Ferdinando Tagliavini and with Gustav Leonhardt, receiving his diploma from the Sweelinck Conservatory Amsterdam. From 1991 to 1994 he was the harpsichordist for the ensemble Giardino Armonico, with which he recorded for the Teldec label and concertized throughout Europe. In 1996 he founded the Ensemble Arte Musica, which specializes in Italian vocal music from the madrigal to the 18th-century cantata. From 1990 onward he has presented concerts as a soloist and as director of Ensemble Arte Musica in prestigious venues such as Musica e poesia a San Maurizio in Milan, the Accademia Filarmonica in Rome, the Festival Monteverdi in Cremona, the Sagra Musicale Malatestiana in Rimini, the Festival van Flanderen, the Festival Oude Muziek in Utrecht, Resonanzen in Vienna, Baroktage Melk, the Philarmonie in Cologne, the Festival Alter Musik in Herne, Ladegård in Oslo, the Festival de Musique à Maguelone, Saint-Michel-en-Thiérache, Les Sommets Musicaux in Gstaad, and on historical organs in Scandinavia and elsewhere in Europe. In addition he has collaborated with Diego Fasolis and I Barocchisti, with the singers Guillemette Laurens and Letizia Calandra, the violinists Enrico Onofri and Marco Serino, and the lutenist and theorbist Francesco Romano. As a soloist he has an ample discography to his credit (for the Brilliant Classics, Tactus, and Arts et Tempéraments labels), which ranges from Italian composers of the 17th century to sonatas by Domenico Scarlatti, from the French Suites and the harpsichord concertos of J. S. Bach to works by D’Anglebert and Correa de Arauxo. In 2019 his box set of 7 CDs was released on the Arcana label, with the four principal keyboard collections by Girolamo Frescobaldi, performed on nine different historical instruments. He has taught courses and seminars at the Royal Academy of Music in London, the Smarano International Organ Academy, the Piccola Accademia Montisi, Oberlin Conservatory, Yale University, Eastman School of Music of the University of Rochester, the Academia de Organo J. Echevarria (Spain), and the Frescobaldi Akademiet in Grimstad (Norway). He is a consultant for the restoration of historical organs for the Soprintendenze of the Salerno-Avellino and Basilicata regions. Hi holds the chair in harpsichord instruction at the Conservatorio E. R. Duni in Matera.